At the weekend I read a fantastic article by Hannah Jane Parkinson in the Guardian ‘It’s nothing like a broken leg’: why I’m done with the mental health conversation. It’s very direct article from someone who suffers from one of the less mainstream mental issues – Bipolar Disorder. It’s something most people know the name of, but unlike anxiety or depression it’s not as fashionable to have.

Like any issue that involves episodes of psychosis, Bipolar is not a poster child for the “let’s talk about mental health” movement. That’s because psychosis is a scary sounding word. People having a episode of psychosis don’t experience the same world we do, it’s impossible to relate to that without going through it. So we don’t talk about it, we look away for the difficult diagnosis and talk about being worried or sad, because they are relatable, acceptable. 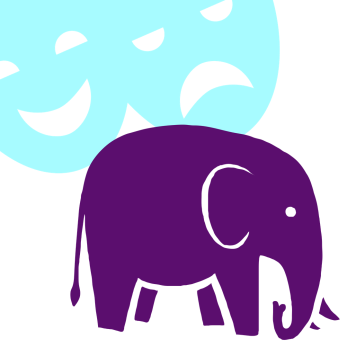 Having CFS I am lucky to be in the socially acceptable category of mental health issues. One of the biggest surprises I had after being diagnosed was that so many people knew someone who had CFS or ME. People don’t always understand what it is, but it is recognisable, and that makes it much easier for me to be open about. Bipolar disorder, schizophrenia and other less common issues do not have that luxury. They are words we associate with dangerous individuals, words that make us feel uncomfortable. They are diagnoses that we don’t understand, but we use as insults to people who don’t fit our norms. Words we weaponize to mean erratic, different, not like us.

Reading Hannah’s experiences, I saw a huge contrast, we are both frustrated with a lack of control over ourselves, but her highs and lows are both painful – at least it’s only the lows I have to worry about. She speaks of how she is excluded from the current mental health narrative, and that to me is a great injustice.

When we fight for acceptance and equality, we shouldn’t be doing that for select groups, it should be for all. We need to do a much better job of inclusion, of not looking away from things that are difficult or painful to see. Hannah can’t pretend her condition doesn’t exist, so why should be able to? Yes it might be hard to deal with someone who is erratic, but it’s harder for them to live that erratic life. Sometimes we might not feel safe -but nor do the people living with these conditions. The very least we can do is acknowledge their struggles and include them in our fight for better healthcare and acceptance.

Hannah also had some painfully familiar stories about the struggle for treatment, but I shall save that discussion for another entry, as I could go on for hours about the systemic failings around getting treatment for mental health issues – both NHS and private.